Our mission is to celebrate the lives of those we have the privilege of serving by providing superior care and superior services to each patient and family.  We are a non-profit, community-based hospice. 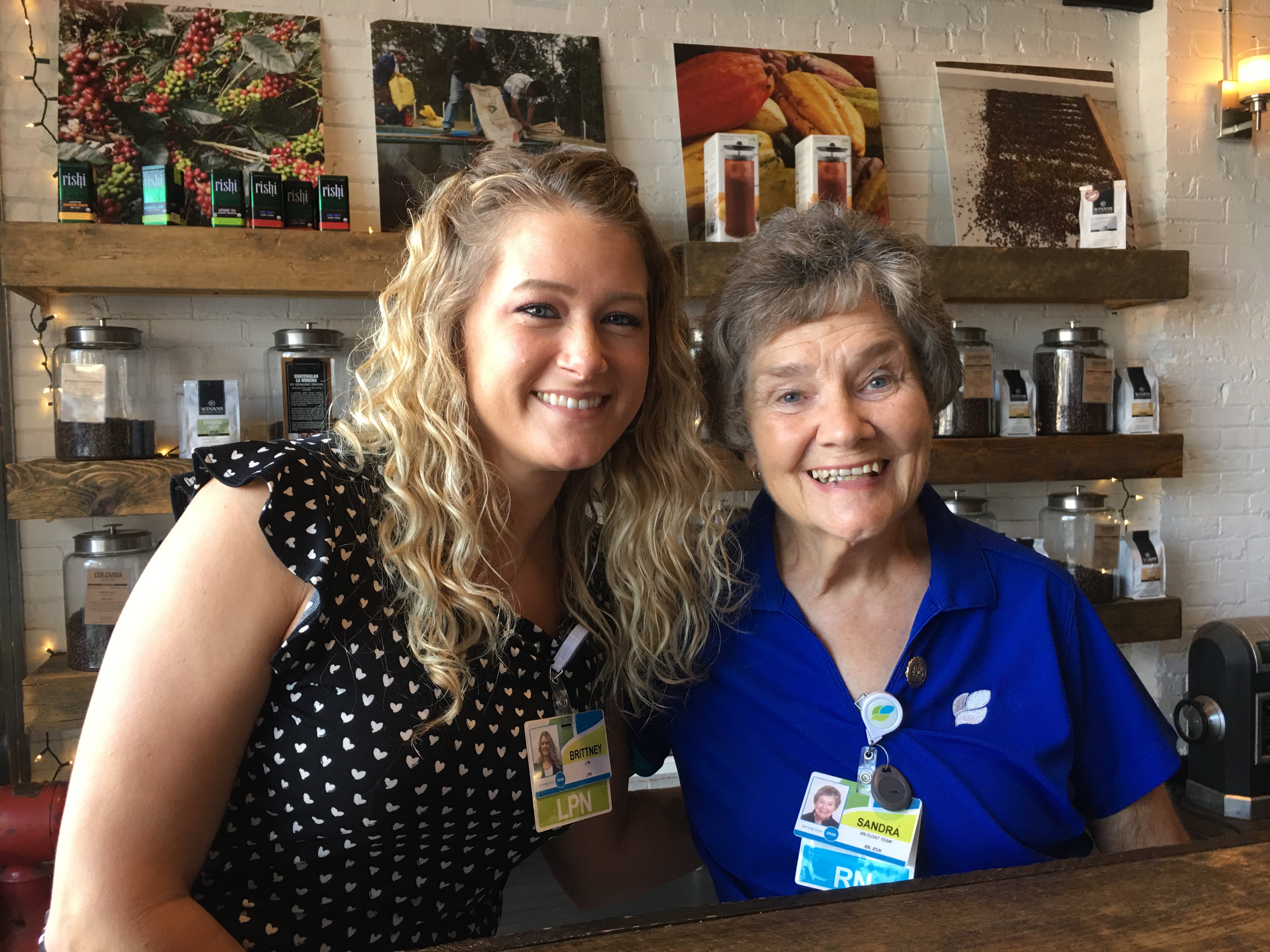 This story might be about fate. It might be about faith. It could have to do with angels. Both people involved attribute it to divine intervention. It is beyond our ability to explain. But this is a story we have to share.

When Brittney Chadeayne was in eighth grade, her mother, at age 33, was diagnosed with breast cancer. Successful treatment gave her five more years before her mother was diagnosed again at 38 and the cancer, this time, proved deadly. Brittney lost her mother when she was just 18.

“At any age, no one is ever ready to lose their Mom,” Brittney observes. “But it was such a critical transitional time.”

Brittney had just graduated from high school. Rather than attend a private school outside the area, Brittney decided to remain at home and attend Clark State Community College so that she could continue to provide care for her mother in her final months. “I provided a lot of personal care for my mother. That became the roots to my role as a caregiver.”

Brittney recalls being “in limbo” when she was a college student. “I still needed a lot of guidance to cope with the loss and figure out who I was.” She became a State Tested Nursing Assistant and after a few years decided she had to advance her education to become a nurse. “I had an image in my mind,” she says. “I would remember the compassion of our hospice nurse. I knew that’s the kind of nurse I wanted to be. In my life, she was an angel.”

She trained to become an LPN and worked for a while in a nursing home but found “I wasn’t being the nurse I wanted to be. I couldn’t give patients the time and attention they needed. That’s when I began to think about hospice nursing.” When she interviewed for a job with hospice, and they asked her why she was considering hospice nursing, she shared the story of her mother’s passing and how that experience helps her empathize with families and want to deliver the care that families need. She became a hospice nurse in April of 2018.

“When I saw the name as a new nurse on our team I wondered if it was the same person I knew so many years ago,” Sandra Goodbar, RN, BSN, says. There had been a hiatus in Sandra’s career, a period of time where she moved to and worked in Cincinnati. But she had returned to her original hospice employer, Ohio’s Community Mercy Hospice, providing supervisory visits for nurses on the hospice team. “I was curious and asked to make a supervisory visit with Brittney on a Saturday in July. I didn’t say anything at the beginning. She had a wonderful rapport with the family and the hospice patient. As we started talking I asked her why she became a hospice nurse. She started talking about her mother and I started to cry. I had been waiting for her to say it.”

Brittney was shocked and surprised to discover Sandra was the nurse who had provided care for her mother. “I was so happy and thankful. I was filled with the same feeling as before just being in her presence. Sandra is the definition of a hospice nurse. She has so much compassion and care.”

Both were tearful but mindful that they were serving a patient and family that deserved their utmost attention. Together they turned to addressing the needs of the patient and family before them experiencing the most vulnerable times in their lives.

The date was July 14. Brittney’s mother had passed away on Wednesday, July 12, of 2000. “I had been thinking so much about my mother as the anniversary of her death approached, Brittney says. “I had emailed my Aunt on July 3 to ask if she knew the name or the hospice where the nurse who cared for my mom had worked. I had my mother in my life for 18 years. And I have lived without her now for 18 years. I felt like reconnecting with Sandra brought everything full circle. We all look for signs when we lose someone. For so many years I didn’t know if I was on the right path. Now I have no doubt.”

Sitting in the presence of Brittney and Sandra, we have no doubt. Life is often chaotic and mysterious. But there are moments of rare and powerful proof of faith, divine intervention or angels. It is wise to cherish such moments for all they are worth.

Holidays Can Be Tough For Those Who Are Grieving

For many,  an ever-lengthening marathon of holiday preparations and activities can be especially painful following…

The Chaplain is an important part of the Ohio’s Community Mercy Hospice interdisciplinary team. Our Chaplain,…